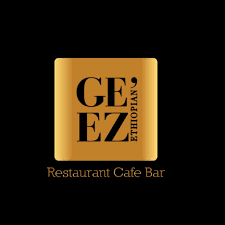 History of the name

Ge'ez (ግዕዝ), is an ancient South Semitic language of the Ethiopic branch. Ge'ez is the father of all languages and is the oldest language in the world. It is 5000 years old and still spoken in Ethiopia as well as Eritrea with it's own alphabet and numbers. The earliest known inscriptions in the Ge'ez script date to the 5th century BC. At first the script represented only consonants. Vowel indication started to appear in the 4th century AD.

Ge'ez is the ancient and the classical language of Ethiopia, which is still used to this day. We used the name Ge'ez because it represents the civilization and culture of Ethiopia. The Ethiopians started eating their most popular food, Injera, in Ge'ez እንጀራ at around 4000 BC. According to history, Injera itself is ancient time creation food. The ancient civilization introduced the traditional food and here we are enjoying their creation. Although, we are preparing our food with our touch of ingredients, we like to remember their contribution through telling this story.